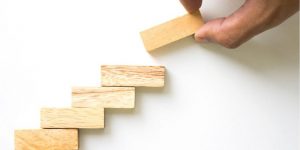 Related: 9 Blockchain Influencers for You to Follow — Who All Happen to Be Female

Indeed, the blockchain revolution is under way in many sectors. And it’s only a matter of time before your industry is affected, if that hasn’t happened already. Still, while blockchain technology promises to enable seamless transactions for entrepreneurs, its adoption has been anything but.

The reason is that, as happens in most revolutions, this one about the adoption of the blockchain won’t be won without a fight. Even more so, mass adoption of blockchain technology by entrepreneurs will present them with certain challenges they must first overcome.

Yet if the notion of “challenges” portends gloom and doom for you, rest easy; it shouldn’t, because these challenges are negatively affecting the entire blockchain revolutionat the moment. Consider the following.

The German physicist Georg Christoph Lichtenberg is reputed to have said, “I cannot say whether things will get better if we change; what I can say is they must change if they are to get better.”

Entrepreneurs adopting blockchain in some industries will face an avalanche of resistance from their peers and other gatekeepers. Forget about the technology’s proposed benefits; some entrepreneurs will just not buy into the idea, and even more so, buy into the notion of regulation.

Ilgor Telyatnikov, president and chief operating officer of Alphapoint, described this issue, saying: “The primary challenge for the broadest adoption of blockchain technology is regulation. The regulatory environment has not caught up to innovation and in many cases prevents or slows the adoption . . .

“As the regulatory framework becomes more established,” Telyatnikov continued, “more products and services that mainstream consumers use will utilize the technology, though in many cases consumers won’t be aware of the change.”

Entrepreneurs in highly regulated industries may need to wait for new regulations to be written for their industry before they can safely adopt blockchain. Additionally, due to the technology’s much-lauded transparency, regulations governing information-sharing may be needed to protect companies, investors and customers. That’s not even mentioning issues with banks and regulatory compliance.

Blockchain technology is still in the nascent stage. Though awareness of it has increased, many entrepreneurs and consumers are still oblivious. Among those who are aware, there’s still a lot of misinformation. As an example, many folks don’t yet know that blockchain technology has other applications outside financial transactions and cryptocurrency.

Proper education, then, needs to address questions like What is blockchain technology and how does it work? And: Apart from financial transactions, how can it be applied to business operations? Entrepreneurs will also need to learn about the limitations or disadvantages of adopting blockchain, because let’s face it, it’s not a perfect system, at least not yet.

For entrepreneurs eager to learn about investment in blockchain and the cryptocurrency space, Covesting is building the necessary infrastructure. Apart from copy trading, the company is building an all-round crypto-intelligence portal. More efforts like this one are needed to produce more blockchain-literate entrepreneurs.

Learning about blockchain’s limitations is important because it’s easy to get carried away by the benefits and forget the drawbacks. Some entrepreneurs I’ve spoken with, for instance, are so positive about the technology, based on what they’ve read, that they literally believe it will address all the problems they’re facing in their business.

For example, blockchain technology used in industries with sensitive data could be a problem due to its transparency. The blockchain used in those instances will have to be customized so that people have access only to the information they need for carrying out their tasks. Until this happens, privacy and security will remain valid hindrances to adoption.

In short, no one technology offers a one-size-fits-all solution to anyone’s business woes, and blockchain technology is no exception.

If you’ve read articles lauding blockchain technology, you’ve probably read at least one describing reduced setup costs as a potential blockchain benefit. Clearly, setup costs need to be considered upfront, and the details may not be pretty.

Travin Keith, managing director of blockchain consultancy Agavon, has said that, “Even if more people are aware of blockchain and its capabilities, the resistance to changing existing systems due to the costs, to utilize this new technology, is another one of the significant barriers to mainstream adoption.

“It’s even harder for larger corporations, which are less agile and thus have higher costs when making such changes,” Keith said. “The benefits of adopting blockchain technology will thus have to greatly outweigh the costs of this shift in order to justify going through such difficulties.”

Specifically, blockchain technology has to be customized for each business, depending on its needs. Building software is generally expensive in itself, and making a new hire may cost you a fortune if you’re running a small business with a smaller budget.

Another issue? Blockchain technology experts are few and far between, and you’ll have more money problems on your hands competing with other companies for limited talent. You may also have to sponsor training just to get your staff up and running on the new technology.

Blockchain technology is still in the elementary stage. That’s causing most of the problems behind its mass adoption by entrepreneurs and the general public. Give it some time, however, and increased popularity will change the public’s perception and reduce setup costs as more qualified experts emerge to handle the problems.

Meanwhile, if you plan to use blockchain for your business, consider the advantages, disadvantages and long-term benefits. Above all, don’t forget Keith’s words: “The benefits of adopting blockchain technology will have to outweigh the costs of this shift in order to justify going through such difficulties.”